For many coastal areas, the episodes of flooding and marine submersion that occurred once a century could occur at least once a year by the end of the century. And this, even if global warming is limited to 1.5 ° C. In any case, this is indicated by a study published in the journal Nature Climate Change on August 30.

With the warming of the climate, the average sea level is rising. Indeed, when the temperature of the water increases, the latter expands and occupies a larger volume. Like the liquid in thermometers which expands and rises in the tube when it is heated. In addition, melting continental ice continuously transfers water from land to the oceans.

Since 1900, the average sea level has risen by 25 centimeters. And this increase is articulated at an increasingly rapid pace. While the rise was around 1 millimeter per year between 1900 and 1990, it rose to over 3 millimeters per year by the mid-1990s. A phenomenon that is largely due to an acceleration in losses mass of Greenland and Antarctica. 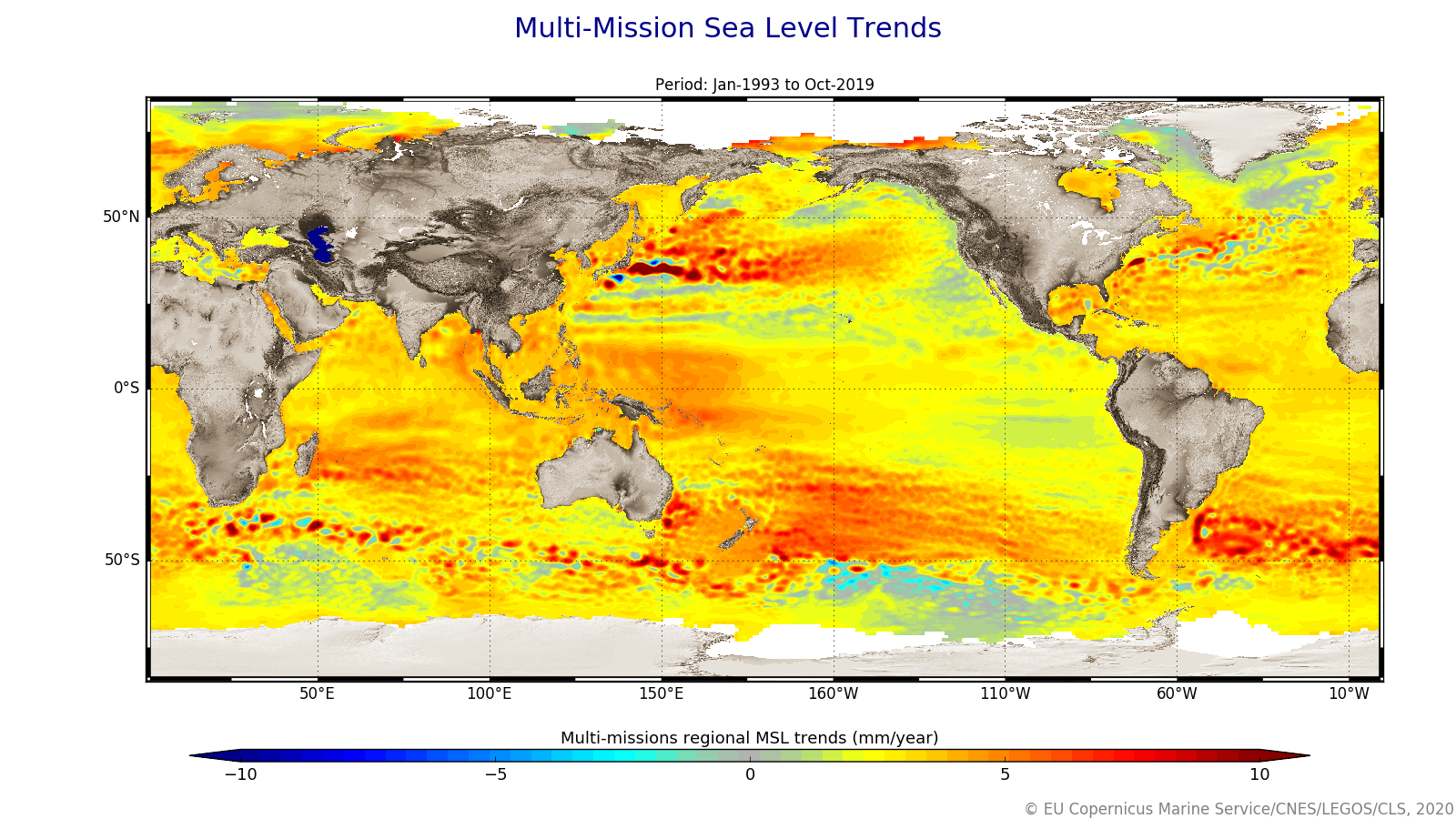 Trend of the increase in millimeters per year, between January 1993 and October 2019. We note that it is not homogeneous. Source: AVISO.

In most cases, the impacts of this rise occur especially during sensitive episodes (storms, hurricanes, tides, etc.). The sea then suddenly submerges regions that it did not reach before, or inundates already exposed areas but with increasingly important frequencies and intensities.

In this context, a team of researchers evaluated the way in which extreme events in terms of sea level in coastal areas will evolve. By this we mean events which have hitherto only occurred once a century. In their study, the authors considered more than 7,200 sites spread across the four corners of the globe.

“Our analysis was framed in terms of change in return period, as return periods are usually the basis for coastal protection infrastructure design and risk communication,” the authors explain in their publication.

The results show that for half of the sites studied, the risk of experiencing such episodes will be multiplied by more than 100 by the end of the century. In other words, sea levels that were occurring only once a century – at the time of a big storm, for example – will occur at least once a year in the second half of the century. And this even if the objectives of limiting global warming below 2 ° C are met. 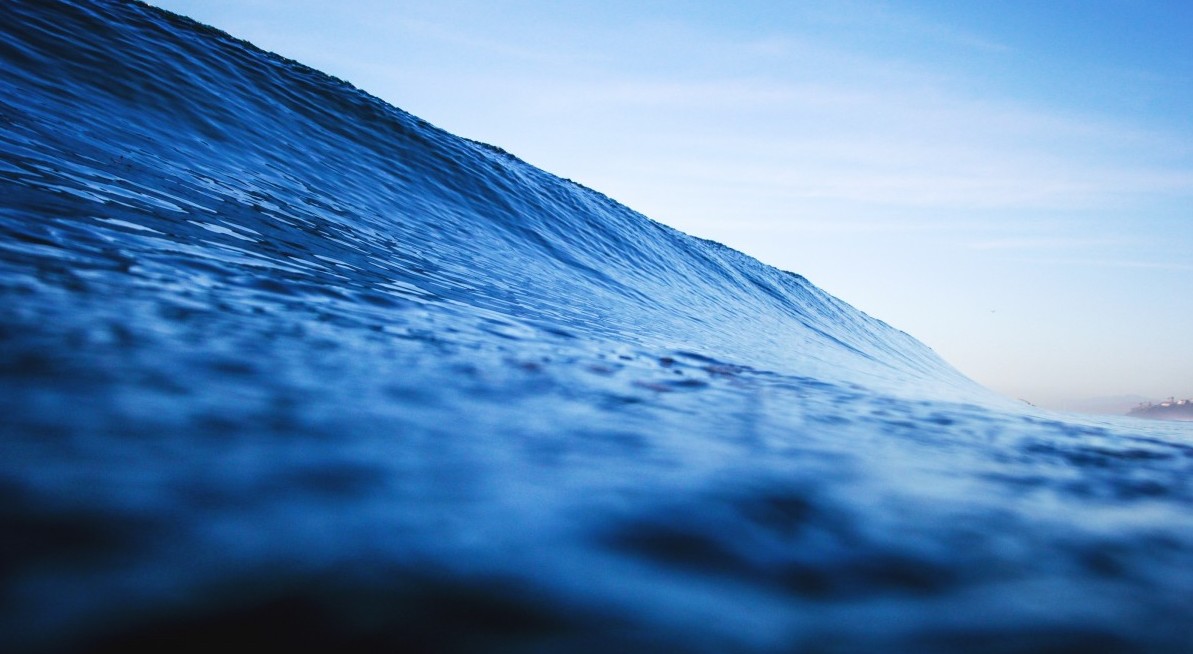 “This increase in the frequency of extreme sea levels will occur even with an increase in global temperature of 1.5 ° C,” says Ebru Kirezci, one of the co-authors of this study. “And the changes are likely to occur sooner than the turn of the century, with many places experiencing a 100-fold increase in extreme events, even by 2070.”

However, it should be noted that not everyone is in the same boat. Indeed, the most exposed coastal areas are located in the tropical belt, in Australia and around the Mediterranean and the Arabian Peninsula. Conversely, at high latitudes in the southern hemisphere and especially in the northern hemisphere, some coastal regions see almost no increase in this risk, even with very high levels of global warming (4 ° C to 5 ° C). ).

“Policy makers should take note of these studies and work to improve coastal protection and mitigation measures. Building dikes, withdrawing from shorelines and deploying early warning systems are some of the measures that can be taken to adapt to this change, ”notes the co-author.

Lagarde: Eurozone economy is not over the top yet

Dax starts with plus

Work for the Baltic Sea tunnel in full swing