As humanity gazes into space, it turns out that the vast majority of the oceans still remain unexplored. Spurred on by a UNESCO program, a start-up in particular could play a huge role in the future knowledge of the ocean floor.

85% of the seabed needs to be mapped

It must be said that today, projects concerning space are legion. It is about building a base on the Moon, sending humans to Mars to found a colony there, exploiting the resources of asteroids and many others. However, it should be noted that humanity today has more knowledge of Mars than of the depths of the oceans of its own planet.

In 2018, UNESCO claimed in a publication that the project to map the entire seabed by 2030 was operational. However, this initiative is not the result of chance. Indeed, 85% of the ocean floor remains to be mapped. The fact is that the ocean floor is at the crossroads of multiple issues. It is particularly a question of marine conservation, climatic issues and the prevention of certain risks (tides, tsunamis). Let us also mention the ecological transition with, among other things, the study of the energy that can be produced by swells.

This Seabed 2030 program founded by the Nippon Foundation-GEBCO has seed capital of $ 2 million per year. Obviously, this important financial windfall has attracted many companies coming to offer their services. Among the latter, we find the American start-up Bedrock, whose ambitions are immense.

At the origin of Bedrock, we find a former engineer from SpaceX as well as the former CEO of Nautilus Lab, a company working on the energy efficiency of boats. The start-up Bedrock specializes in cartography, marine exploration and sonar. The latter designed a submarine of fairly small size, autonomous and 100% electric. The craft in question is connected to a platform and to a seabed data service. 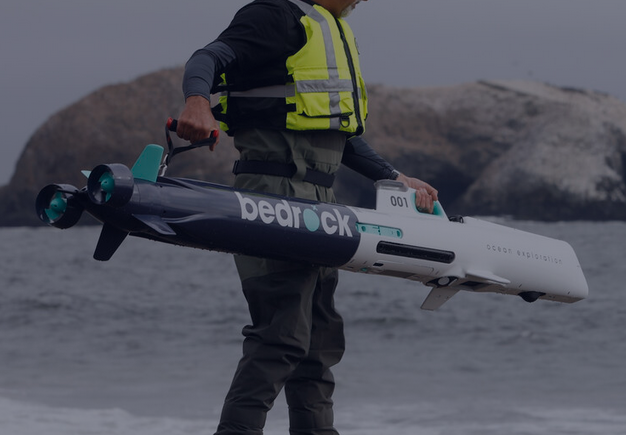 Today, underwater drones suffer from a rather low autonomy. On the high seas, this handicap makes it essential to support a ship playing the role of supplyer and data collector. Bedrock believes that as it is, a year is needed before providing usable data, especially commercially. The company promises to cut that delay by ten with its solution: a cloud. The data is sent directly to a cloud, and thus easily retrievable by customers. On the cartography side, it is a question of a resolution 50 times higher than the usual maps.

Finally, Bedrock is not the only company working on seabed mapping. Saildrone Surveyor is developing a surface drone that has recently traveled approximately 4,200 km and mapped an area of ​​approximately 22,000 km². It is a machine with low environmental impact, running on solar energy and hydroelectricity.

Uber is expecting its first profits

With the autonomous air taxi from A to B: When is it time?