It is done ! After a failed first attempt last month, the American rover Perseverance successfully drilled and collected a sample of Martian rock in excellent condition. This small carrot, which will be brought back to Earth in the early 2030s, may contain traces of past microbial life.

This time it’s the right one

The first attempt, made on Thursday, August 5, did not go as planned. It turned out that the rock in which Persevrance had drilled was much softer than the researchers had imagined. The “carrot” had then simply crumbled into powder under the drill.

There were several warning signs that the rock targeted in that first attempt might not be the most promising. Its brown color indeed indicated the presence of rust. It was also full of holes and contained a lot of salts. This meant that this rock had evolved in an aqueous medium for a very long time. The analysis of the mineralogical changes caused by water could then have taught us a lot about ancient Mars, hot and humid. However, a rusty, salty, hole-filled rock is also a very friable rock.

Note that the August 6 operation was not a complete waste of time. The tube indeed contains sealed and uncontaminated Martian air. His analysis could therefore be invaluable.

This time it’s the right one. Perseverance (or “Percy”, for close friends) has indeed successfully taken its first Martian sample from a rock called Rochette, located on a ridge slightly higher than the surrounding landscape.

“We picked the hardest rock you can find up there,” Dr. Kenneth A. Farley of the California Institute of Technology told The Times. “This block has survived the ages and has not been eroded by the winds, strong proof that it was not friable”. 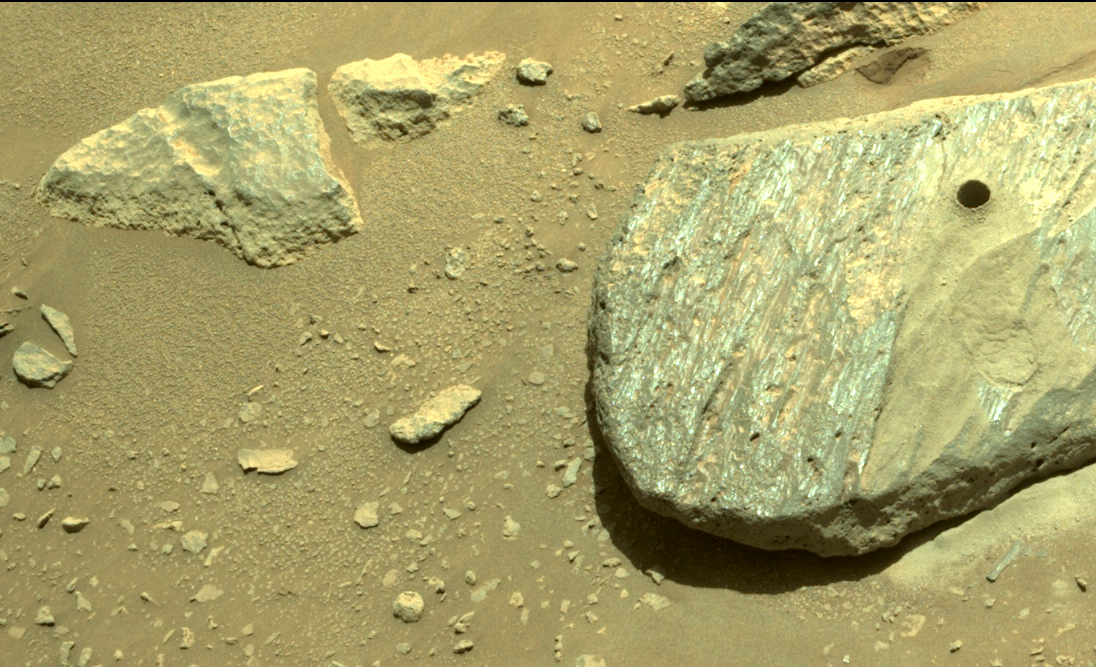 A sample full of promises

After being measured and re-imaged, the tube will eventually be hermetically sealed and stored in Perseverance’s womb. In a few years, the rover will drop its sample on the ground, where it will be picked up by another vehicle sent to Mars as part of a future joint NASA and ESA mission.

This tube, and many others, will then be brought back to Earth for analysis. Inside, scientists hope to find traces of ancient life, probably microbial. The recently taken rock, which looks like a piece of hardened lava, can also be dated precisely.

Formation of government: Economy warns of a hangover

Expert gibberish in the advertising world

Actions against the pork crisis – without price wars