Perseverance is preparing for its second attempt to sample the Red Planet. This time, the rover targets a rock found more than 450 meters from the first. The team also changed the process in an effort to improve the odds.

Landed on Mars in February 2021, Perseverance has been focusing for several weeks on the real heart of its mission: collecting samples that will then be brought back to Earth as part of a subsequent mission to be analyzed with state-of-the-art instrumentation and isolate from possible traces of past life. At least that’s the plan. However, space exploration has never been easy.

Orders to take the first sample were sent to the rover on August 5 (ground 164). On the morning of Friday August 6, the team gathered to witness the arrival of the data. Everything seemed to be going well until they were informed a few hours later that the sample tube… was empty. It turned out that the rock Persevrance drilled into was much softer than the researchers had imagined. The rock had then simply crumbled into powder under the drill.

Never mind, the mission team is already ready for a second attempt. The rover positioned itself a few days ago next to a new rock outcrop nicknamed “Rochette”, about 455 meters from the first sampling site. This rock, positioned atop a ridge called the Citadel, has survived millennia of wind erosion, suggesting it should more easily withstand the drilling process. 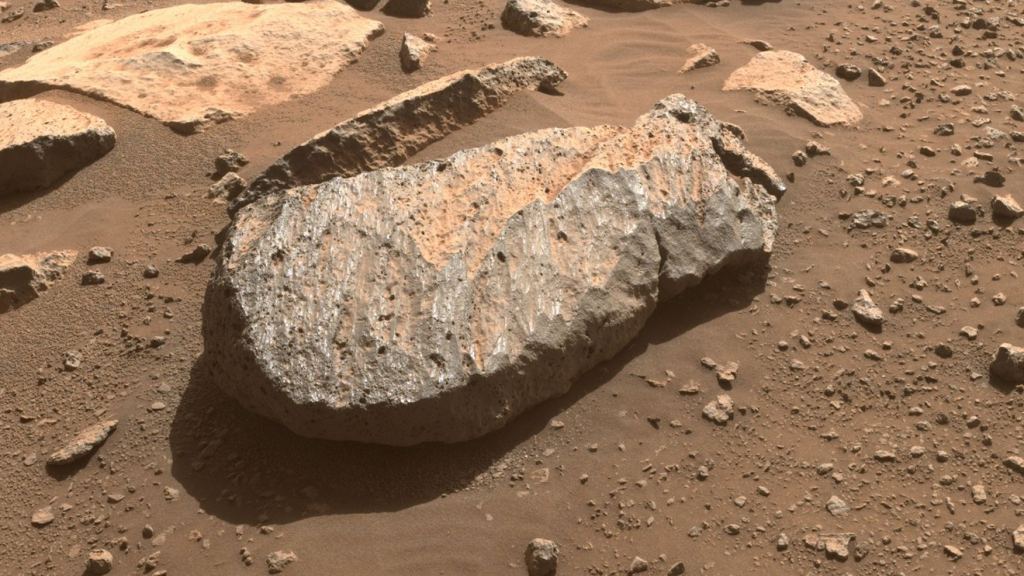 For this second attempt, the engineers will proceed a little differently. Before attempting to sample the rock, Perseverance will use its robotic arm to “abrade” its surface to examine how it reacts. Then, during the sampling process, the rover’s Mastcam-Z camera will look inside the cartridge to make sure it is full before it is sealed. With a little luck, the rover will have a good chance this time of succeeding in taking a sample.

Note that the first empty sample tube will not be left on the surface of Mars, but brought back to Earth. While it doesn’t contain any rocks, it does contain a bit of a Martian atmosphere, which might be just as interesting to study. It is always that taken.

This is obviously not the first time that Martian geology has confused scientists. The Curiosity rover has indeed already drilled in rock harder or more brittle than the mission managers had expected. Last January, the HP3 heat flow sensor of the InSight mission, which was supposed to drill two meters underground to study the interior of the planet, was only able to sink a few tens of centimeters , because the ground did not offer the expected friction. NASA had finally had to give up its instrument.

US inflation data give the Dax a slight upward trend

US attorney targets Zuckerberg in lawsuit