Contrary to popular belief, thunderstorms and tornadoes in the Great Plains of the United States depend relatively little on the warm waters of the Gulf of Mexico. In any case, this is shown by a study recently published in the scientific journal Journal of Climate.

From a climatological standpoint, the great plains of the United States are popular for their virulent tornado season. Remember that the latter runs from March to June with a peak between April and May. Each year, the violent thunderstorms that cross the region bring from a few hundred to more than a thousand tornadoes, some of which are particularly destructive and deadly.

It is often explained that if the plains are so exposed to this phenomenon, it is because they are the place where the hot and humid air of the Gulf of Mexico meets the cold and dry air of Canada. The contact of these two air masses, facilitated by the presence of the Rockies which call for north-south movements, would thus be responsible for frequent thunderstorm explosions. 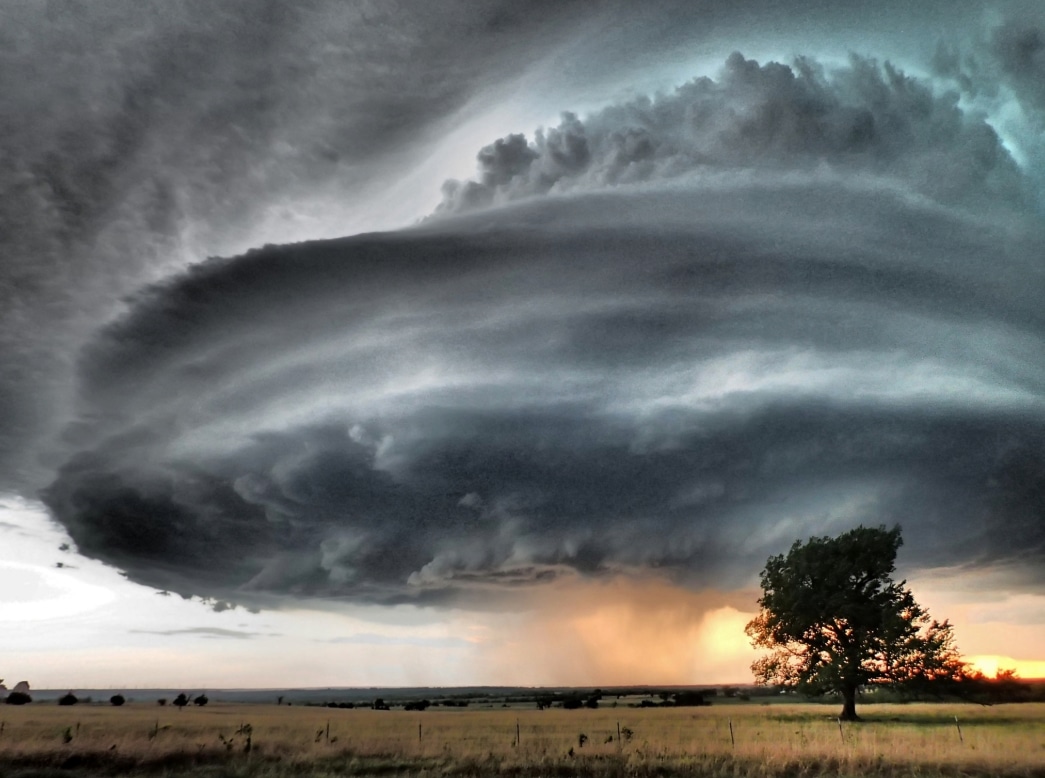 Although this explanation is oversimplified, it nonetheless assumes the proximity of a vast reservoir of moist heat to the south, the Gulf of Mexico, and high relief further west, the Rockies. However, according to recent work, one of these two elements would not have the importance that was thought to him until now.

Using a general circulation model, researchers assessed the relative importance of these two elements. By changing a few lines of code in the computer program, it is indeed possible to transform the mountains of the American West into plains or to replace the Gulf Ocean with land. By comparing the different simulations, the role played by each factor can then be isolated.

As expected, the absence of the Rockies significantly reduced the number of severe thunderstorms in the interior of the continent due to an atmosphere that had become colder and drier. However, what surprised scientists was that the presence or absence of Gulf waters ultimately had little influence. At most, there is a slight movement of thunderstorms to the east, but without a strong influence on their intensity or frequency.

These results show that our understanding of the mechanisms responsible for North America being a hotspot in terms of thunderstorm and tornadic activity is still subject to gray areas. Further work will be needed to clarify the issue. In particular, the possible reasons why the warm waters of the Gulf of Mexico seem to play only a limited role.

Vonovia has reached its destination in the takeover of Deutsche Wohnen

Recovery in the Dax is losing momentum

What business expects from a new government